Our leaders have been passionately called to help deliver lasting hope against hunger around the world. 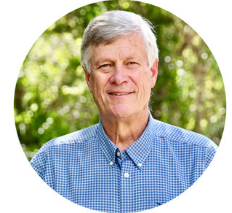 Dr. Carlson is a retired ophthalmologist living in Stillwater, MN.  He received his BA degree from Bethel University and his MD and residency training at the University of Minnesota. He has served as managing partner of a large ophthalmology practice as well as chief of staff and board member of Lakeview hospital. He has participated in numerous medical and surgical mission trips to the developing world with the goal of creating permanent eye centers operated and run by local doctors and staff.  He has three children and seven grandchildren.

“God has called us to care for the poor and ECHO provides the opportunity to be the hands of Christ in reducing hunger and improving the lives of the poor.” 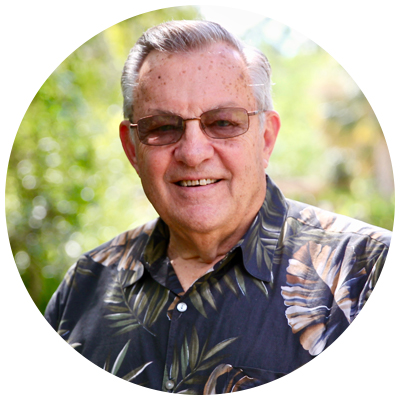 He and his wife joined the Peace Corps and served in India beginning in 1966. He then did additional graduate work at the University of St. Thomas and was awarded an honorary doctorate from the College of Charleston.

Along with his successful career in the investment industry, Ron joined ECHO’s Board of Directors in 2010 and became ECHO’s Board Chairman from 2012-2016.

As a former Peace Corps Volunteer and Director of the Peace Corps, Ron understands the reality of food insecurity in the world today. His recognition of these needs, coupled with his deep faith, has fueled Ron’s passion to advance ECHO’s impact, reducing hunger and improving lives worldwide. 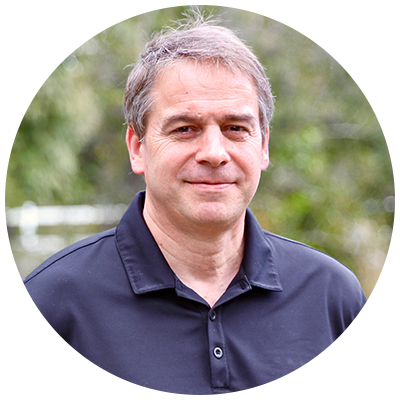 Greg lives in Noblesville, Indiana with his wife Kay and has two children.

Greg has worked in the Banking industry for 35 years. The majority of his career has been spent with a Credit Union in Indiana. Mr. Dugger is active in local community activities. He has been a board member of the youth recreational sports league in his community. The league oversaw soccer, baseball and basketball programs which involved 2,500 children. Greg was a founding board member for Hamilton County Llamas, a club that supplies animals for 4H and gives youth experience of farm life and managing animals. He is active on a committee for Indianapolis Habitat for Humanity to help with lending compliance. Mr. Dugger has been an active mentor with Hamilton Southeastern high school Academy of Finance and a speaker.

“I have grown up with ECHO and witnessed the men that have placed their mark on ECHO’s mission. ECHO has been an incredible resource for small farms, feeding others and bringing hope to those in need. I am humbled to be a part of ECHO and its mission”. 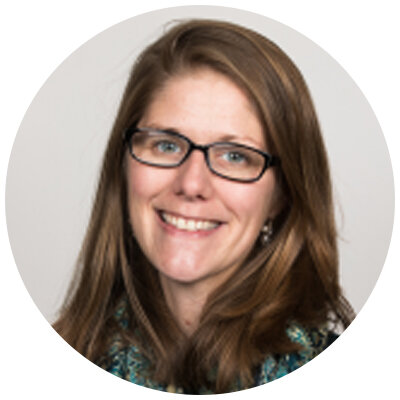 Kate was ECHO’s 2010 Tropical Lowlands intern and has lived much of her life in francophone West Africa. She studied International Community Development at Covenant College and has filled technical advisor roles in the international microenterprise and agricultural development sectors, serving for 3 years as an agricultural extension agent with Peace Corps Senegal. Kate and her husband Brandon live in Grand Rapids, MI and enjoy gardening, compost-making and preserving monarch butterfly habitat. 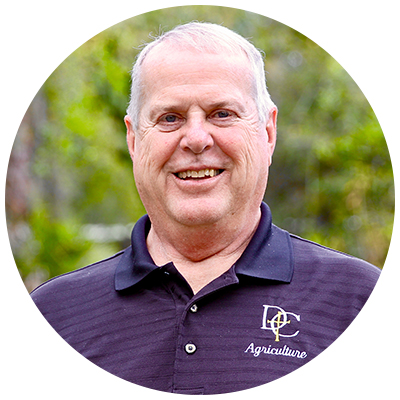 Ron Vos is professor emeritus of Agriculture and Environmental Studies at Dordt University, Sioux Center, Iowa. Although semi-retired he owns and operates his farm along with his wife Nancy. They have three adult children and nine grandchildren. Ron has degrees in Biology/Chemistry, Environmental Science, and a Ph.D. in Agronomy/Economics. At Dordt, Ron was responsible for the establishment of the Ag Missions major and the Community Development department. Ron also teaches Ecological Agriculture for Au Sable Institute in Washington and has worked on rural community development in several countries.

Ron has attended approximately 20 International Agriculture Conferences at ECHO, usually bringing Dordt students with him. He finds it an honor to serve on the ECHO board, an institution that he has been familiar with for decades. 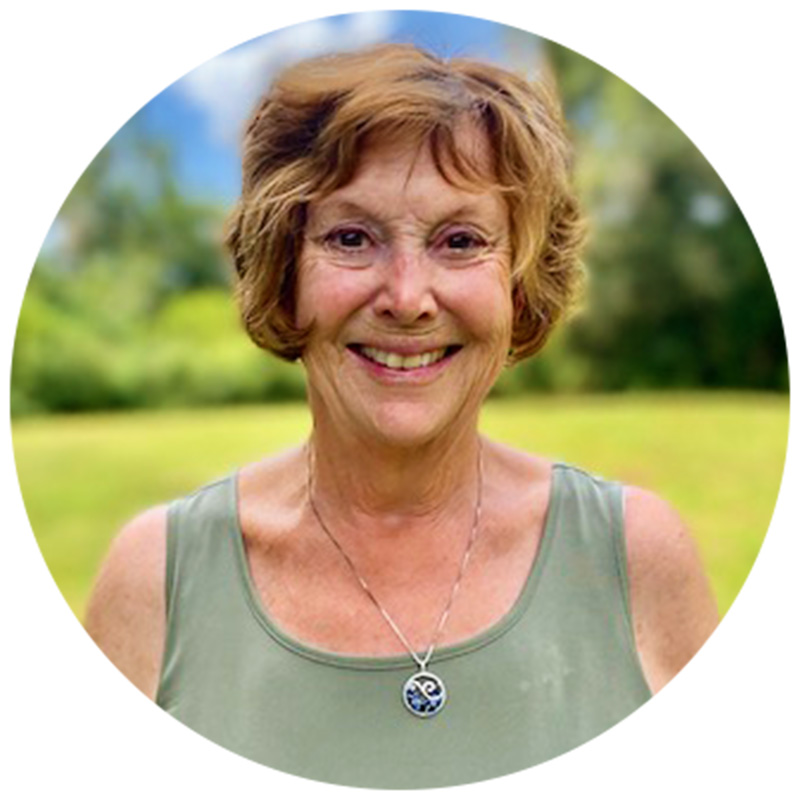 Barb is very honored to begin a term on the board of ECHO. Her life experiences include being a wife to Rollie, a mother to two adult children, and grandmother to five.

Barb earned an MS in education from St Cloud State University, and an MA in Counseling Psychology from Bethel University in St.Paul, MN. She taught primarily family education and child development in a local school district over a span of 20 years. She found the work with at risk families to be challenging and rewarding. As a counselor she worked in a women’s college with the student population, and a pro-life clinic as the Counseling Director. She is retired from employment.

Barb has been a long term member of Discovery Church, Sauk Rapids, MN and over the years has served in a wide variety of capacities. She has traveled with evangelistic ministries internationally and has served on a number of boards both nationally and locally.  She and Rollie live in MN with their Golden Retriever. 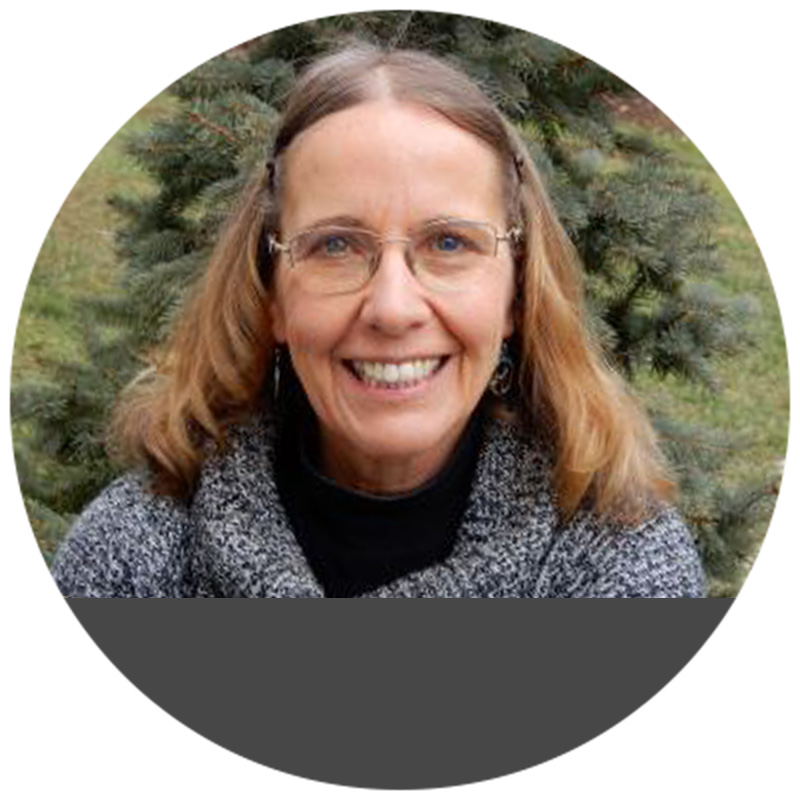 Dr. Karen Stoufer has served with Christian Veterinary Mission for 30 years, first as a veterinary trainer and rural community development advisor in Nepal and then as Director of Training and Regional Director for Asia based in Seattle, WA.  She graduated from Cornell University with a BS and DVM and earned a master’s degree in Christian leadership from Azusa Pacific University.  Prior to her overseas service, she was in veterinary practice for 12 years in New York and California.  She and her husband have recently moved to Pennsylvania to be near their two grandchildren.  Karen is excited to be able to combine her passions for community development, participatory training and gender equity by serving on the ECHO board. 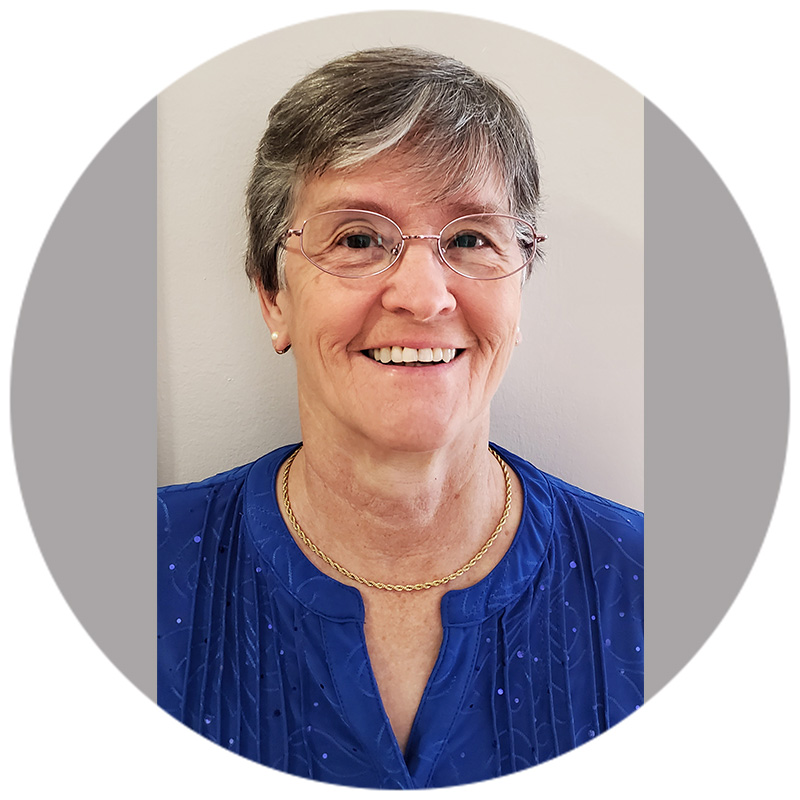 Rosanna Hess grew up a farm girl in Pennsylvania.  She is married to Nelson. She has a Bachelor’s of Nursing from Columbia University, NYC and Masters in Intercultural Studies Missiology from Wheaton Graduate School.  Rosanna served as a missionary nurse educator with the Christian & Missionary Alliance in Gabon Africa  from 1980-1998.   There Rosanna served at the Bongolo Hospital and later led the Primary Health Care ministry using Community Health Evangelism.  Since completing a Doctor of Nursing Practice (DNP) degree at Case Western Reserve University in 2002, she has taught nursing research in the School of Nursing at Malone University, Canton, OH.   She led the non-profit organization, Research For Health Inc., 2005-2018 and has been a part of numerous US and international research studies.  Rosanna and Nelson live in Cuyahoga Falls, OH and Lehigh Acres, FL.  They enjoy golf and biking. 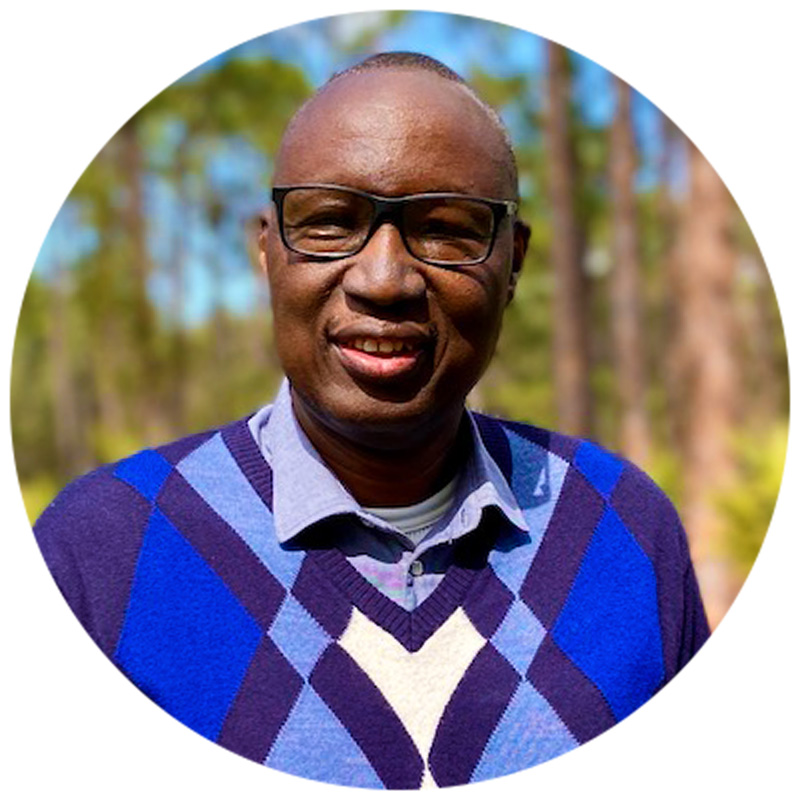 Lancina Karambiri is from Burkina Faso, West Africa with more than 25 years experience in international financial and award management. He graduated from the Indiana University of Pennsylvania with a bachelor’s in accounting, and a minor in Management Information Systems, and a Master’s in Public Administration and Finance.

Lancina has a deep passion for the humanitarian and development arena where he can use his skills to help alleviate the poverty burden among the vulnerable populations across the globe, especially, those in developing countries. 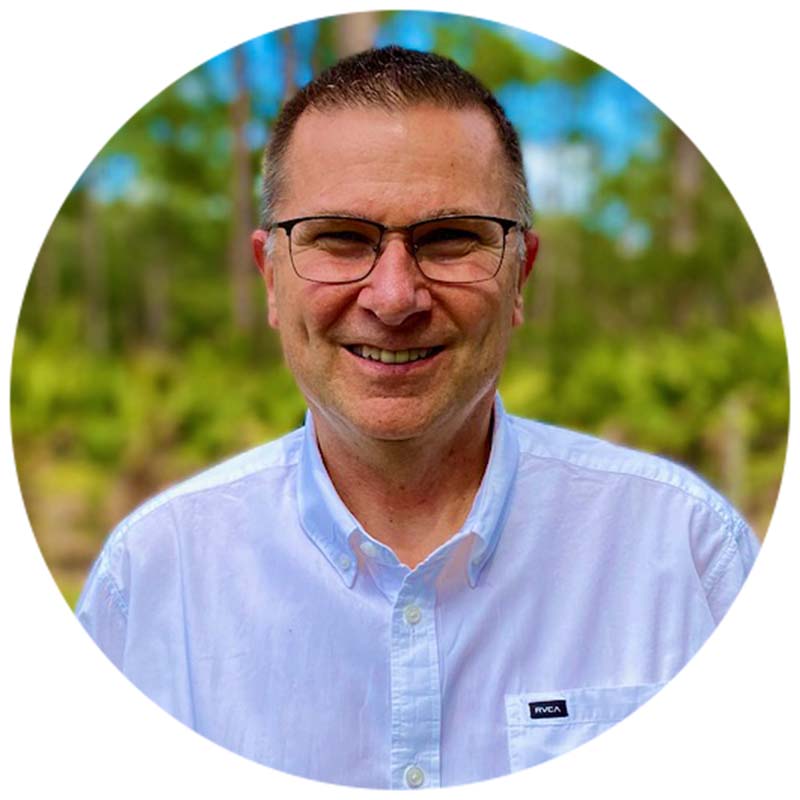 Mark Carlson has served as a career diplomat with the U.S. Department of State, with tours in East Asia, SE Asia, and Washington DC, focusing on human rights, national security, economics, and consular affairs. Previously he was a partner with the Seattle-based law firm of Lane Powell Spears Lubersky, specializing in commercial transactions and international law. He has lectured on business and international law at several universities in mainland China and Taiwan.

Mark also served for eight years as Minister of Global and Local Outreach with Westminster Chapel in Bellevue, Washington, overseeing partnerships with organizations and ministries committed to serving the poor across the world. He is a graduate of Bethel University, the University of Virginia Law School, and has studied theology at Fuller Seminary and Regent College (Vancouver BC).

Mark and his wife Melinda have three adult children, and live in Vienna, Virginia. 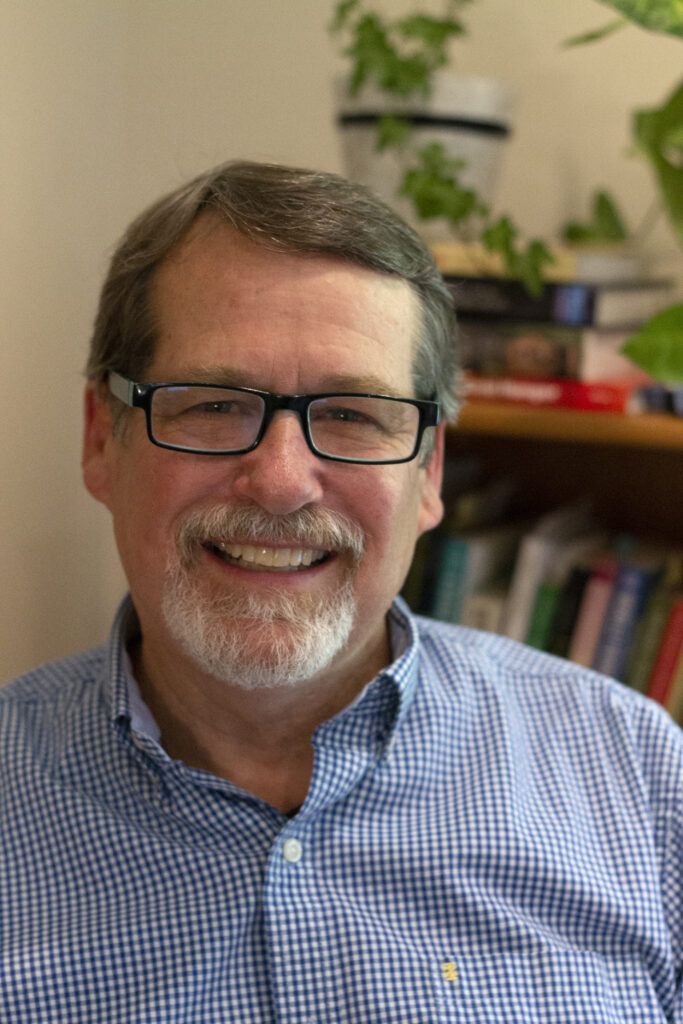 Bill has been a Professor & Extension Entomologist, Dept. of Entomology, University of Minnesota, in St. Paul, for the past 32 years. He served as Dept. Head from 2010-2015. An Arizona native, he received his BS degree (Agronomy) from the University of Arizona, and his PhD in Entomology from the University of Wisconsin-Madison. Between degrees, he spent 2 months doing ag-missions work in Honduras; this shaped his early vision for international development. With his Extension appointment, he works with growers to implement sustainable Integrated Pest Management (IPM) solutions, to reduce pesticide use yet continue to provide marketable produce. His current focus includes a rapid response to invasive pest species, the use of exclusion-netting and biological control – emphasizing high-value crops (apples, wine grapes, berry crops). During his career he has enjoyed mentoring 20+ graduate students and numerous undergraduates. Internationally, Bill has had the opportunity to work with maize IPM, with scientists in Ethiopia, Kenya, and South Africa, as well as Mexico and the UK.

Bill is an active supporter of ECHO, particularly since serving on the Board from 2010-2016. He continues to believe in ECHO’s mission, and has a passion to work with ECHO’s staff and partners, to break the poverty cycle of 800M+ who continue to be malnourished in developing countries. Enhancing the yields of staple crops, as well as increasing access to high-value fruit and vegetable crops provides additional family funding, and expands income opportunities. ECHO, in part, is like having an “International Extension Service” to smallholder farmers that has had a significant impact to date. Over the next decade, we need to do more to accelerate the movement of families out of the poverty, so that more children can break the malnutrition cycle, have access to school, and thrive.