How to Make your Own Worm Compost Bin 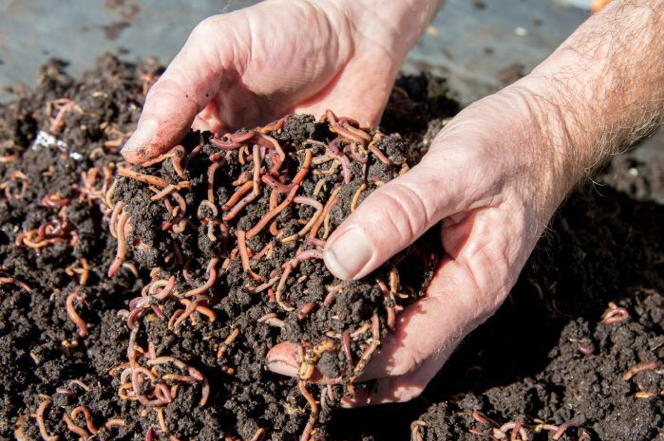 Hey, this is Gabby, a volunteer at ECHO! I’m here to share with you an awesome post from the Childhood 101 blog about how to make a worm farm —at home, with your family! ECHO loves to promote composting with worms because they are great at turning food scraps, shredded office paper, and coffee grounds into incredible compost. We use worms on the ECHO Farm all the time, and we just taught a local school how to make their own worm farms! Here’s Childhood 101’s tutorial:

Have you or your children ever wondered what earthworms actually do for our earth? It’s hard to believe these smooth, and slippery little beings are actually one of the most significant contributors to our ecosystem; they are helpful to the natural soil system, as well as humans!

The scientists at Science Learning Hub, often describe Earthworms as engineers of a sort, because they change the physical, biological, and chemical properties of the soil. These changes influence the habitat and activities of other plants and organisms within that ecosystem. So—what you ask, are the actual benefits to starting your own worm farm?

Earthworms, fungi, and other bacteria decompose organic material found in compost piles, pastures, and plant waste. This decomposition leads to the absorption and incorporation of organic materials into the soil, and unlocks the nutrients hidden inside the organisms and plant matter.

Nutrients like phosphorus and nitrogen become readily available to the plants after the earthworms digest the matter. These nutrients are then excreted through the earthworm casts.

Other than creating the nutrients in the soil, the earthworms are also responsible for spreading it, and bringing it into closer contact with the plant roots.

Still curious on how to build your own? Follow these easy steps!

How to Care for Your Worm Farm: